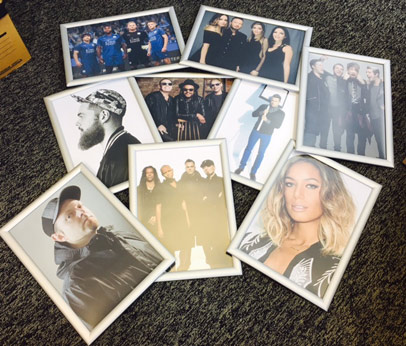 Well who stole the sun? what a miserable and wet month June turned out to be!

Things have kept on rocking in the 'A' Stage though and we've had some great acts in from Skunk Aninse to DJ Shadow and we even had a special effects company rehearsing ahead of 'The Hollywood Special Effects Show', which has been touring around the UK..

Festival season has kicked off with Glastonbury, which featured several of our past clients from headliner Adele (just wow) to The 1975, Bring Me The Horizon, Jack Garratt, Disclosure, Bastille and many more.