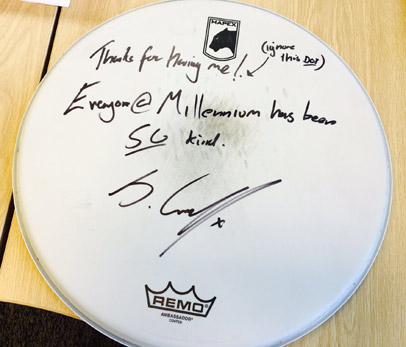 Millennium Studios has been extremely busy this month, our 'A' Stage has been non stop with visiting artists. We were pleased to welcome Jack Garratt here most recently who did his full tour production rehearsals. Jack is one of the hottest new singer songwriter's in Britain right now. He has just released his debut album 'Phase' and he tours the UK later this year.

In other news our sister site Cardington Studios was delighted to be able to assist the Mariah Carey 'Sweet Sweet Fantasy' Tour, when they used the site for their technical rehearsals. Cardington Studios is able to accommodate large scale arena and stadium tours. Sam Smith, Take That and One Direction have all used the hangars in the past.