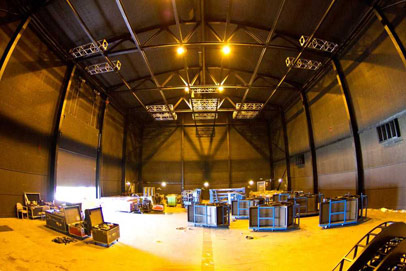 Millennium Studios has seen unprecedented growth since it first launched in 2010 and this year it celebrates its 5th year anniversary.

It's proud to have seen a constant influx of world-class bands, artists, performers and production teams use its facilities. It has quickly gained the reputation with tour managers and production companies from all over the world as a world-class production rehearsal stage as well as TV and Film Studios. Located in Bedfordshire, just under an hour drive from London set in a privately owned 12-acre estate. The impressive facilities include the fully soundproofed 'A' Stage, which hosts technical and production rehearsals for top international artists.