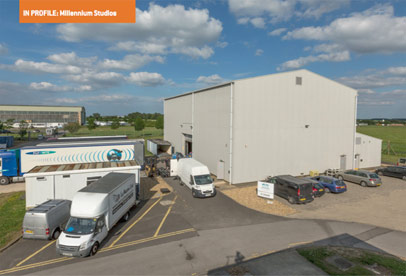 We were delighted to be featured in TPI Magazine for a 4 page In Profile feature. They interviewed Ronan Willson on the background of the company and its future plans.

Some brief shapshots from the article include:

The studio is perfect for theatre tours and modest-sized arena tours measuring in at 27.5 metres by 18.8 metres. As well as plenty of space to work with, Millennium also offers lighting, staging and rigging options to those hiring out the space. Backing on to the stage there is a sizeable space for production to set up a temporary office as well as two large dressing rooms and on-site catering.

"We were filling a bit of a niche. We are not the biggest rehearsal space but there are plenty of acts that simply don't have the budget to book the bigger studios and coming up here they don't only save on studios costs but also other peripheral costs such as accommodation are significantly lower" Ronan Willson, Founder and Managing Director.

"We didn't cut corners when it came to building the stage. We put 50 tonnes of plasterboard and 20 tonnes of rockwoll into the studio to make sure the sound levels are almost inaudible from outside" 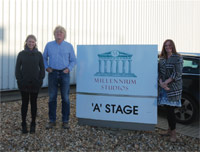 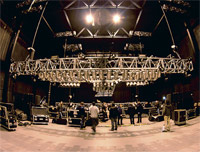